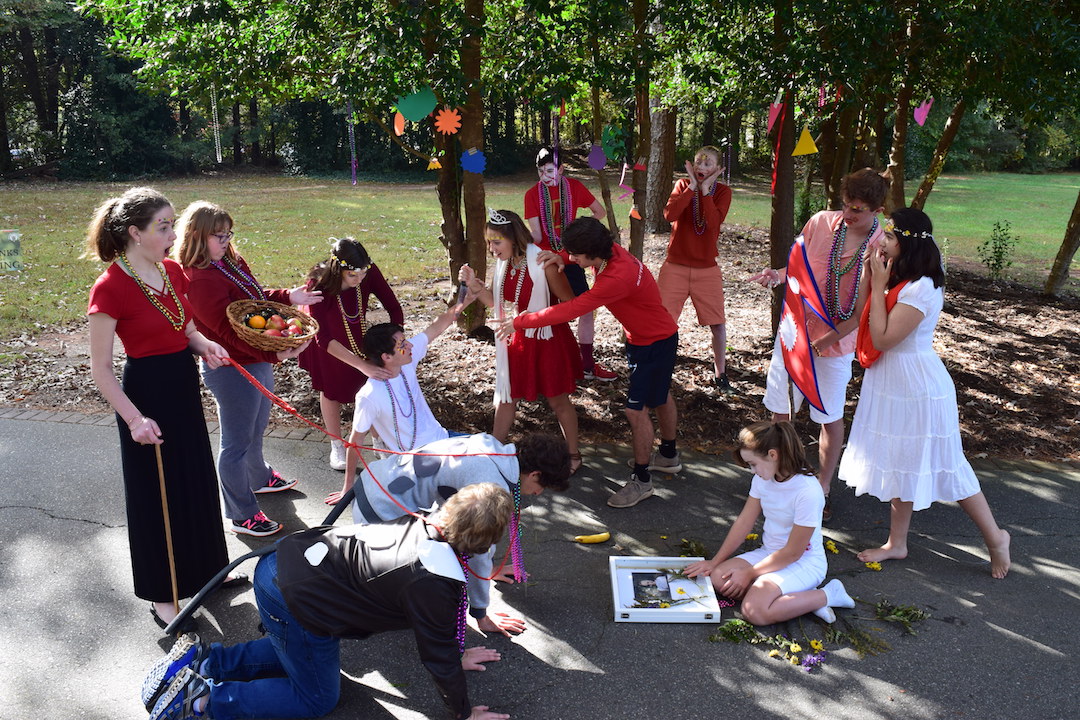 Intermezzo this fall asked students to incorporate elements of the Halloween season with traditional tableaux vivants—French for “living pictures.” Tableaux vivants are used in the worlds of art and theater to recreate famous works of art or literature using backdrops, props, costumes, and live models. Like frozen statues, the “actors” arrange themselves in an appropriate opening tableau; to tell their story, the actors then arrange themselves in an ending tableau.

In preparation for the creation of their tableaux, students played a number of theater games to warm up their acting skills. They sculpted each other’s faces into various emotions, pretended to be statues at a museum, and developed stories using random sample details. When it came time to plan their tableaux, students organized costumes, makeup, props, and camera angles. To incorporate the theme of the season, groups were divided into groups and each given a culture’s traditional fall “halloween" holiday—Day of the Dead (Mexico), Gai Jatra (Nepal), or Ching Ming (China), for example. Groups developed a mystery set during their respective holiday, and then designed two tableaux incorporating details from that culture.

The first tableau—the revelation—presented a scene in which a relative comes back from the dead to reveal a family secret. The second tableau—the aftermath—presented a scene in which the aftermath of the secret is revealed. Groups provided clues in their tableau about the secret that had been revealed and invited other groups to try to sleuth out the secret the dead relative had been keeping, and it became a contest of whose secret would remain under wraps the longest.

Ultimately, a variety of family secrets were unleashed, leading to some artful chaos down at Woods Hall this week!