Is a Liberal Arts Education Outdated?

Is a Liberal Arts Education Outdated?

(This is an expanded version of the remarks Dwayne gave at the 2016 Commencement Ceremony.) 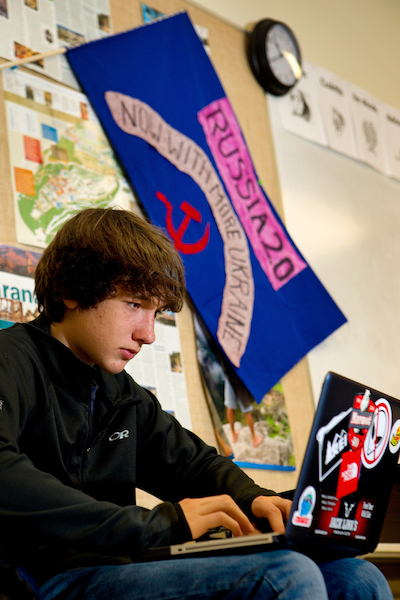 On June 7th, we celebrated our 7th graduating class at Woodlawn, and we noted that they have followed in the tradition of the classes before them in excelling academically, in the fine arts, in athletics, and in service to their community. On that occasion I mentioned that I was very confident that they will find success in the colleges that they are heading off to, and in the lives that they will lead after college. I’m confident - not because we have armed them with an encyclopedia of facts that they have memorized, and not because we have given them a specific trade skill that guarantees job security for the rest of their lives - but because we have given them a liberal arts education.

A lot of people are confused about what a liberal arts education actually is. When you hear the word “liberal” you might think about the political meaning of the word, the opposite of “conservative”. But the “liberal” in liberal arts actually refers to “freedom” - as in the knowledge and abilities necessary to become successful, productive free citizens in a free society. Interestingly enough, you often hear our students and alumni talk about the freedom they experience at Woodlawn. As one alum says, “At Woodlawn we could be anyone we wanted to be - we found ourselves here.” Additionally, the word “arts” in liberal arts doesn’t just refer to what we call “the arts” - fine arts and performing arts. It’s actually a broader term, as in “arts and sciences”, that includes language, literature, history, math, and the sciences.

A lot of people are convinced that a liberal arts education is really not that useful anymore. We now seem to be entering what some people are calling the “golden age of AI (artificial intelligence)” where computers and software and the internet are coming together to do things that seem almost magical when you first encounter them. The first example of this for many people was Google - you could leverage virtually all of the knowledge acquired by mankind by typing almost any question into your computer and a decent answer would appear within a second or two. Another example was Amazon - you could sit in your house in your pajamas and order almost any item you wanted, and it would appear on your doorstep in a day or two. More recently, a service called Uber has taken off - you can push a button on your smartphone and a car will pull up to your location in a matter of minutes, ready to take you to your destination. All of this magic is powered by software - bits of code on your phone, on large computers in faraway places like California, on the devices of drivers and logistics workers around the world.

So it’s tempting to say, let’s educate our young people so that we can have more magic - let’s just give them the skills they need to write the code, to build the data centers, to manage the warehouses. And I believe those skills are very cool and very important - I spent a good part of my life learning and using those skills. But I believe that a liberal arts education is even more important and should be the foundation upon which more specific skills are learned.

George Mitchell, former US Senate majority leader, said, "I think that, while training for a specific vocation can be useful and helpful, the most important thing is training people to be prepared for the unanticipated, unplanned, unintended events that will shape our lives.” Students who are exposed to a liberal arts education are prepared for those events, since they have been taught how to think critically, communicate clearly, analyze and solve complex problems, appreciate others, understand the physical world, and be prepared to learn continuously so they can work with others and on their own to meet the challenges of the future.

At Woodlawn, we give our students a liberal arts education to prepare them for a lifetime of learning. We have graduated 75 students over the past seven years, so it’s interesting to check on those alumni and see if they can discern any benefit from their training in the liberal arts, both at Woodlawn and at the colleges they chose to attend. Note that some of our graduates attend well-known "liberal arts colleges" like Williams, Swarthmore, Haverford, and, yes, even Davidson, but a substantial number also attend large state colleges (e.g., UNC, Clemson, Virginia Tech), research universities (e.g., Yale, Princeton, Penn), and everything in between (view a synopsis of our grads' college choices). We simply want to expose them to the best possible liberal arts education in high school so that they are ready for anything.

Chad Raines ‘10 credits his Senior Capstone Project on the philosophical writing of Ayn Rand with encouraging his love for inquiry and philosophy. He went on to graduate from St. John’s College in Annapolis, Maryland, and is currently a project coordinator for a local construction company. Chad says, “I have been equipped for not only the career I’m in now, but for whichever career I pursue afterwards. Being trained to think and being trained to communicate are invaluable skills, and I owe that training to both Woodlawn and St. John’s.” 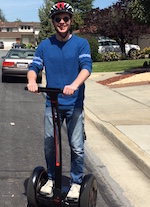 Even though Sawyer Bowman ’11 chose Computer Science as his primary field of study (along with another major in Spanish and a minor in Chemistry) at Bowdoin College, his liberal arts background landed him a unique opportunity to assist a sociology professor in his research of online behavior in the social media realm. “There’s so much data out there, and it can be very difficult for people (like sociologists) to manage it and draw conclusions from it,” he explained. Sawyer, along with two other research fellows, built a system to capture five million tweets a day, equivalent to one percent of the complete Twitter feed. Their conclusions were eventually published in two major academic journals.

Now Sawyer has moved to San Francisco and is working with Uber as a mobile software engineer. “I was immersed in Woodlawn’s liberal arts approach at a very early age,” says Bowman. “I never thought it was unusual to be just as excited about reading Charles Dickens as I was about solving an advanced Calculus problem set, but now I understand that is not the norm in education today. Don’t let anyone tell you a liberal arts education can’t prepare you for a career in the hard sciences. Bottom line: Woodlawn taught me that I can learn anything.” 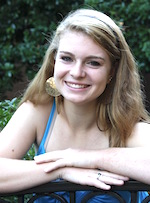 Though a Latin American Studies major at Middlebury College, Sayre Weir ‘11 is quick to point out that her upbringing in Woodlawn's liberal arts environment encouraged her to take classes in creative writing, psychological statistics and more. “A liberal arts education gave me a foundation of strong writing and analytical skills that I can apply in various fields, and that has allowed me to say ‘yes’ to a lot of opportunities,” said Sayre ‑ opportunities that have led her to work as an interpreter for medical clinic, for example. As part of her college senior project she also helped compile an illustrated book of 15 stories that will be used as a tool to help migrant workers deal with loneliness and depression.

Sayre has just finished interning at the Latin America Office in Washington, D.C. She is set to join the Woodlawn Faculty this coming fall as a Spanish teacher in our middle school, and we’re eager to welcome her back to her alma mater. “One aspect of liberal arts that I have come to value is the fact that it encourages you to be open to trying anything,” says Sayre.

Woodlawn graduates are not “one-trick” students - they demonstrate an amazing diversity of interests and passions. Our alumni are developing software at Google, playing professional soccer in Costa Rica, pursuing graduate degrees in Pharmacy, Law, Mathematics, and international intelligence, serving the community as a firefighter, running their own pottery business, helping adults with disabilities, and working as software quality assurance analysts and mental health technicians. Looking back on their years at Woodlawn, many of them can see a direct connection between the liberal arts education they received and the contribution they are currently making at their place of work and society in general. The map below highlights the paths that some of our post-college alumni have taken - click on the pins to check it out.

“The myth that liberal arts students end up at the lowest paying job and will toil forever in ignominy is a false one, but shockingly pervasive,” concludes Chad. “Woodlawn’s mission is to produce independent lifelong learners. There is no education available that encourages continued investigation and an inquisitive mindset in the way that a liberal arts education does.”

Sawyer adds, “After having a conversation with a few of my colleagues, one looked at me and said, ‘Are you a project manager?’ and I replied, ‘No, I’m a software engineer.’ He smiled and said, ‘You’re the first engineer I’ve been able to have a real conversation with.’ That, to me, is liberal arts training.”

Sayre agrees, “At Woodlawn my teachers constantly encouraged me to try new things and to leave my comfort zone. We were always thinking out of the box with projects that connected what we were learning in our different classes.”