Saving the world one speech at a time 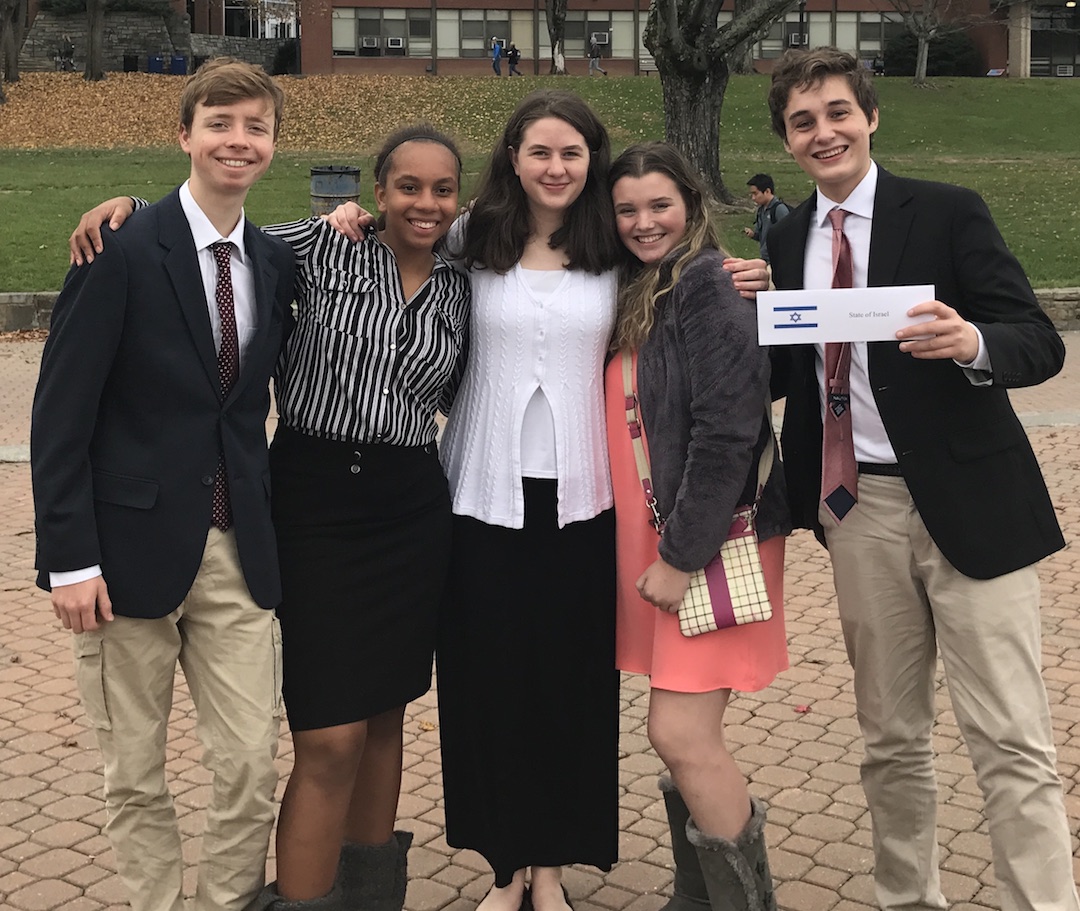 In November, I had the opportunity to attend a Model UN conference with other Woodlawn students in Boone, NC. It was my first conference, and I found it to be both fascinating and challenging.

Woodlawn’s Model UN Circle kicked off only a few months ago, but in that short block of time before the conference, we held multiple simulations of Model UN and had the opportunity to speak with an experienced Model UN participant. It was arduous work preparing for the conference (researching, writing and re-writing our positions papers, and learning procedures), but by the end of it all, we were experts in Model UN. We also had a wealth of knowledge about the country of Israel. Shout out to Nathalie Blackwell for teaching us Hebrew on the way to the conference!

Over a short two-day period, we pushed ourselves to our academic limits. It was a unique experience. On top of knowing facts, we needed to be adept conversationalists and know how to properly translate facts into amendments. The Woodlawn delegates attended separate conferences about different topics ranging from Women’s Rights to Deforestation. We did very well in each of ​our ​conferences. We mastered conference procedures, signed on to multiple amendments, and gave speeches in front of the other delegates.

I was the only delegate representing Israel in the World Health Organization (W.H.O.) conference. I was so filled with fear that I could hardly utter a word. The first day, I’d completely isolated my country from prospective allies, refused to sign off on any amendments, and did not stand up to speak once. Whenever another delegate approached me during an unmoderated caucus, my words would come out jumbled and incoherent. So, needless to say, I got some weird looks. But, hey, it was a wonderful learning experience!

Even though I was nervous and having difficulty navigating the conference, my teammates were always there to boost my courage. For example, after the first day of conferences, we were walking outside, and it was freezing cold. We couldn’t stop comparing stories. Everyone was chatting about the topics that we covered and all of the funny things that had happened. We were able to connect through these experiences because it felt as though we were in the same boat.

The next day, an idea flashed into my head. I rifled through my binder and ripped out a fresh sheet of paper and scribbled a short speech. Then, during the next moderated caucus, the chair called on me, and I stood up for Israel and read my speech. I was beyond thrilled because I finally overcame my nervousness. That same day, I signed onto three amendments. All of the Woodlawn delegates gave each other high-fives at the end of the conferences.

Participating in​ Model UN helped me find my voice in a room full of strangers. I was able to speak for my country, even if it took me a day to muster the courage to do so. Additionally, I have gained the skills to effectively conduct research and to further convey my research through diplomatic conversation. I am immensely grateful for my Woodlawn team, as we constantly lifted each other up and had so many laughs together throughout Model UN. I know that I will cherish this experience for years. It has been an honor to be a part of such an exceptional group of Woodlawn students.