Woodlawn School was founding in 2002 by the Bowman family with the goal of providing a school where students chould experience hands-on, project-based learning, and where teachers could create a rigorous but engaging curriculum.  Our 61-acre wooded campus provides a unique, almost pastoral atmosphere that enhances students’ learning experiences.  Over the course of the last 20 years the campus has grown from Stinson Hall and two small buildings for seven students to nine building and facilities supporting over 200 students.

Students at Woodlawn School are expected to meet the demands of a rigorous academic program, as well as demonstrate initiative, responsibility and social awareness.

Woodlawn does not discriminate on the basis of sex, race, color, religion, sexual orientation, or national origin. We seek to create a gender-balanced, culturally and socioeconomically diverse student population.

Our early learners and lower school students are joyful and inquisitive. They leap at the opportunity to come to Woodlawn each day and continue their adventures.

Our middle school students, mature and change daily as the grow into young adults with a well-defined sense of self and their relationship to peers and the broader community.

Our upper school students are engaged, enthusiastic, outgoing and well spoken. They interact with adults as respected peers, demonstrate leadership, and participate in community service.

Our students fulfill the school’s mission by becoming contributing members of a diverse global society as doctors, lawyers, engineers, scientists, teachers, artists, entrepreneurs and much more. 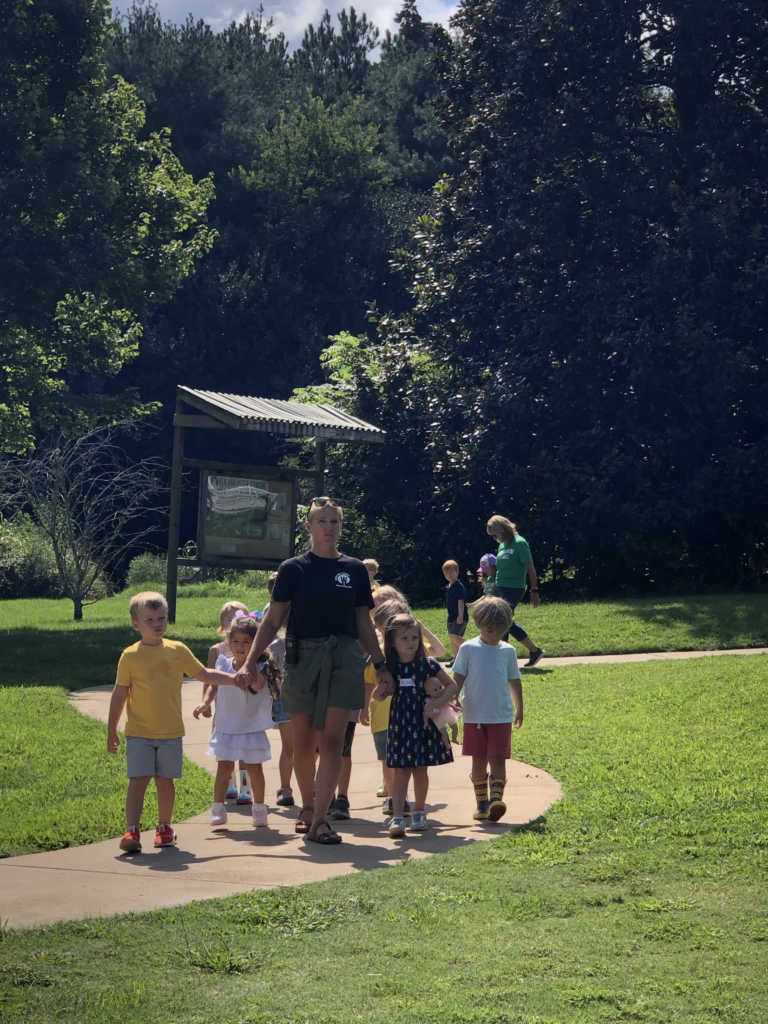 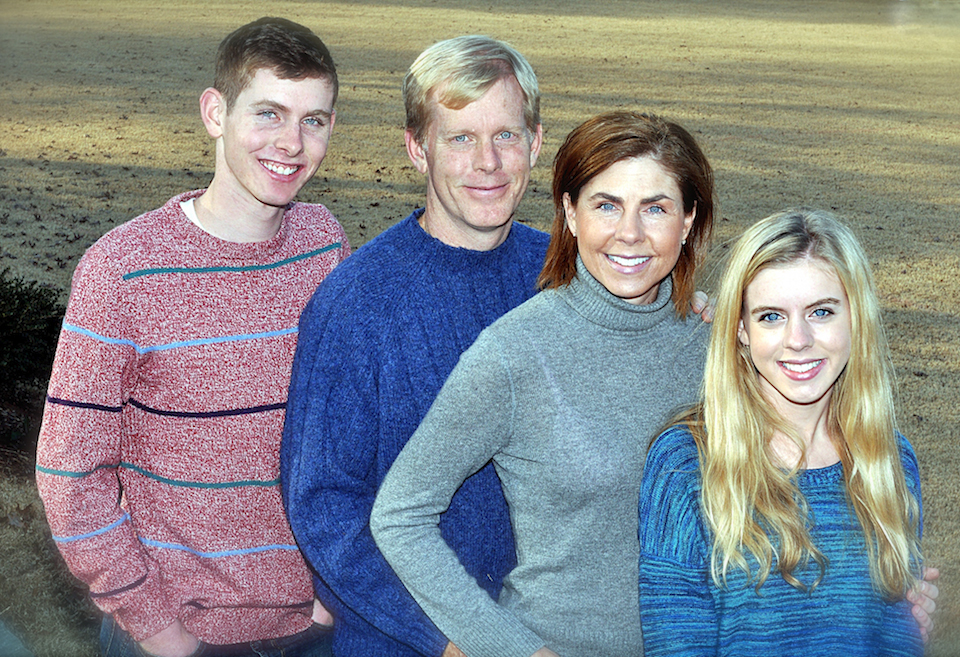 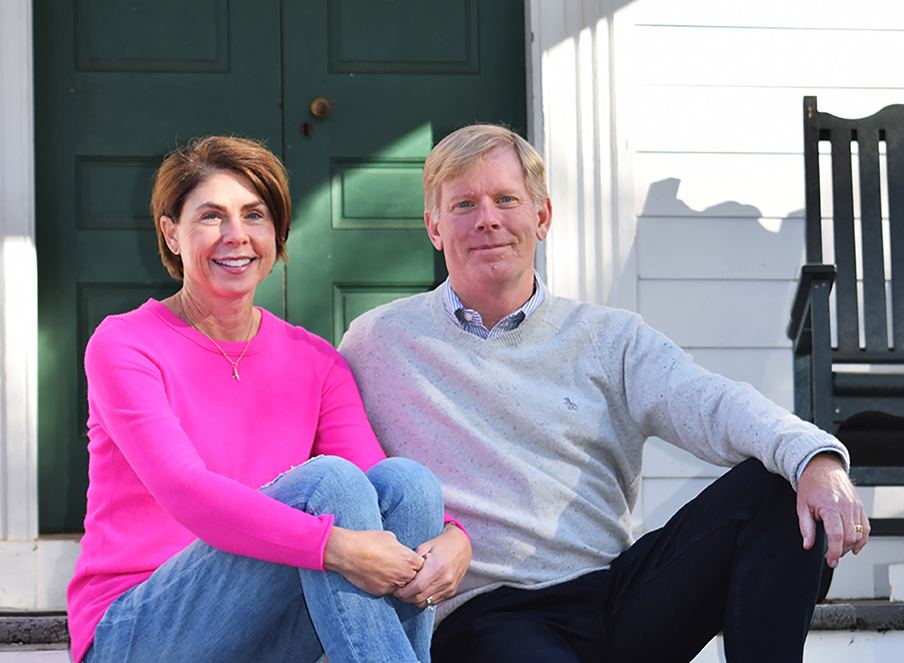 Woodlawn was founded in 2002 by the Bowman family who had just relocated to the Lake Norman area from the West Coast. Their desire was to build a school where students could experience hands-on, project-based learning, and where teachers could create a rigorous but engaging curriculum.

Dwayne Bowman came from a technology background having served as Director of Engineering with Amazon.Com starting in 1997.  Prior to Amazon, Dwayne was the Director of Technology at Cobis and Knight Rider after working as a software engineer at Apple. Dwayne and wife Karen were central to the development and operations of Woodlawn school for almost two decades. Dwayne taught Chemistry and other classes, maintained the grounds, and served as head of school and much more. Dwayne currently serves as Secretary on the Board of Trustees. Karen, was a teacher, organizer, webmaster, mentor and friend to students, parents and faculty alike.  Dwayne and Karen are seen frequently at events and continue to support the school, preserve the history and culture, and maintain alumni relations.

Their son, Sawyer, graduated from Woodlawn with the class of 2011. He attended Bowdoin College where he completed, in 2015, a B.A. in Computer Science and Spanish with a minor in Chemistry. He is now a senior software engineer at Instacart in San Francisco, CA.

Their daughter, Sydney, graduated from Woodlawn with the class of 2014. She attended Occidental College and graduated, in 2018, with a B.A. in Diplomacy & World Affairs . Sydney was a Fulbright Scholar in Madrid, Spain. She is now employed at Curology in San Francisco, CA.

How we got here

When Woodlawn was founded in 2002, by the Bowman family there were just seven students and two small buildings.  Just two years later, 70 students were enrolled and Woodlawn had established a reputation as a place where high academic standards led to independent, lifelong learning.

In 2010, the school graduated its first senior class, and since then has sent 169 graduates to a wide variety of colleges, including Yale, Pomona, Princeton, Bowdoin, Dartmouth, Rice, and Penn.

In April 2020, Woodlawn pivoted seamlessly to online learning in response to the COVID pandemic, safely reopened campus in September and succeeded in preventing on-campus transmission through the worst of the pandemic.

In 2020, the Bowman family donated the campus land and buildings to help ensure the schools long term financial future.

In 2021, Woodlawn added a the Explorers Pre-K program.

Home To a Community

In choosing the location of our campus, Karen and Dwayne believed in the power of place-based education. They knew Woodlawn’s campus, with its historic buildings and gardens, abundant greenspace, majestic trees, and forests would be an amazing place for children to learn, explore, and grow.

The campus features 9 buildings; 61 acres of woods and fields; gardens; outdoor classrooms; and a challenge course supporting our special emphasis on healthy, outdoor activities – 55 minutes of recess every day, for everyone!  Our curriculum is designed to use our campus to keep kids active, moving, and engaged. 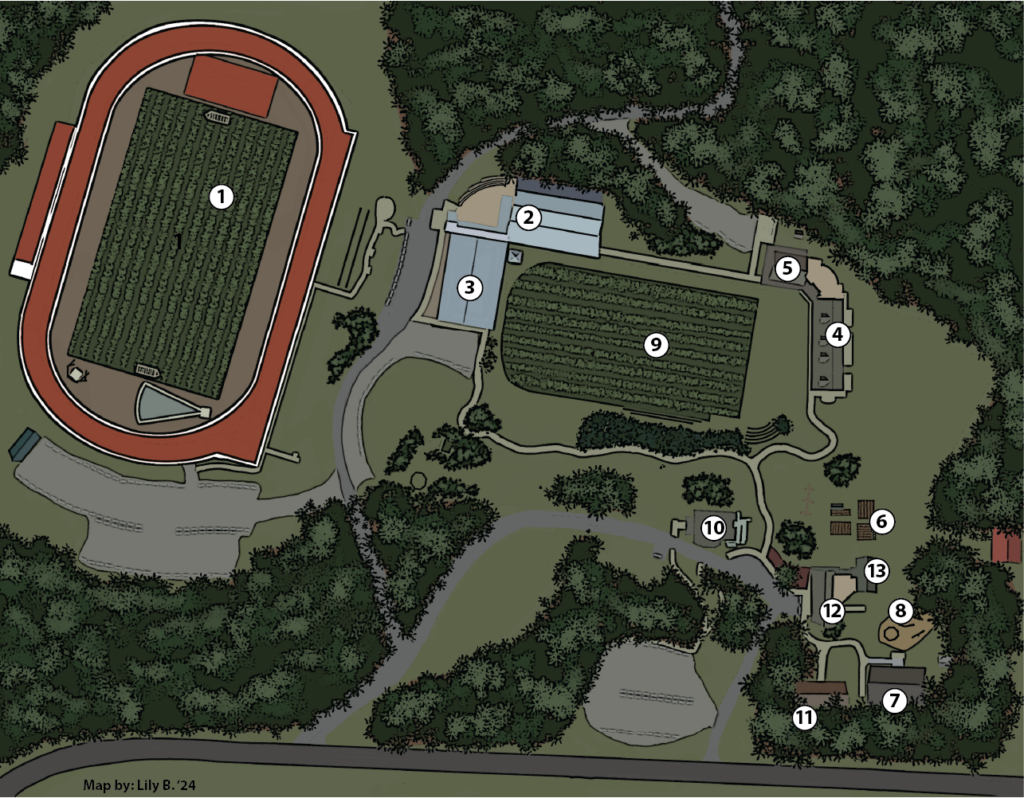 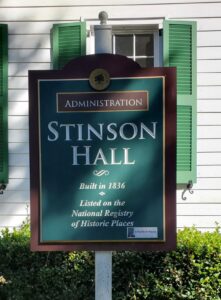 The main house on the Woodlawn campus is a 2-story Planter’s home built in 1836. It is listed in the National Register of Historic Places. The architectural details are common to the transitional Federal – Greek Revival style often built in the Piedmont area of North Carolina at that time. It was built by Dr. George Washington Stinson, a planter and trustee of Davidson College. The original structure consisted of 8 rooms (each with its own fireplace and mantle) on 2 levels off center hallways. The two-and-a-half story staircase features a walnut, spiral-turned handrail believed imported from Charleston.

Tradition relates that Dr. Stinson’s home was popular among the Davidson students, not only because he had several eligible daughters, but also because he permitted square dancing, which was strongly discouraged by the Presbyterians of the day. Stinson was a member of Centre Presbyterian Church, where he and his wife are buried. The house remained in the Stinson family until the twentieth century.

The barn on the eastern edge of the property is believed to have been built around 1910. During the mid-1900s, it housed several mules that were used in farming the fields.

In 1981, an upstairs bathroom was installed, heat pumps were placed into service, and the front porch was restored. In 1985, a significant, architecturally compatible addition was made to the back of the house. This included a kitchen and breakfast area, bathroom, and wraparound deck. The carriage house was also constructed at this time, and the nearby potting shed was finished in the early 1990s. In 2003, the house was renovated for use by the school, and was dedicated as Stinson Hall, in honor of its builder. 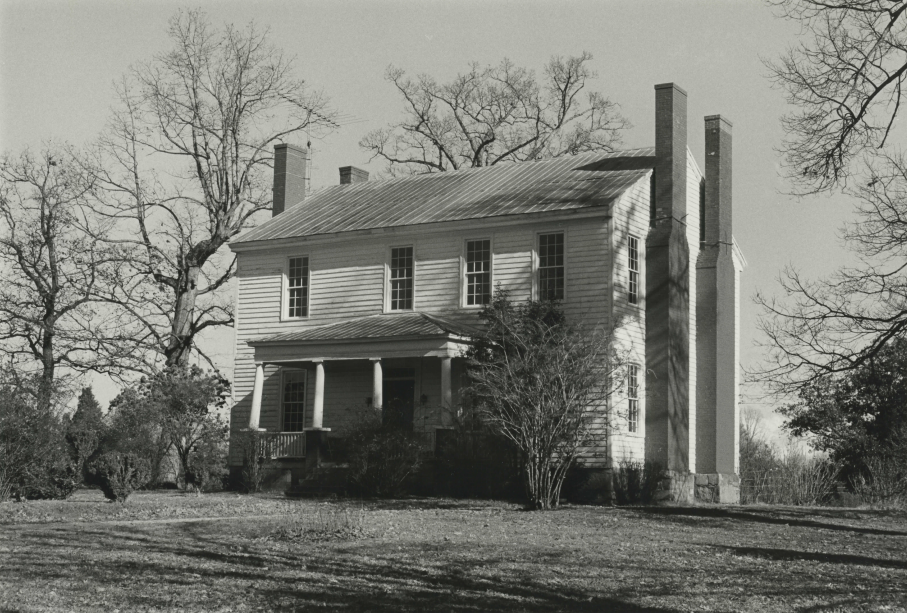 Wood Lawn photographed in 1979 for submission to the National Register of Historic Places. 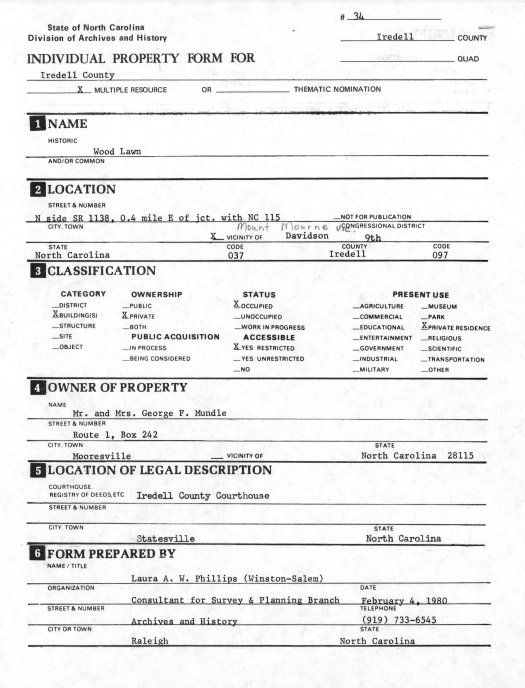 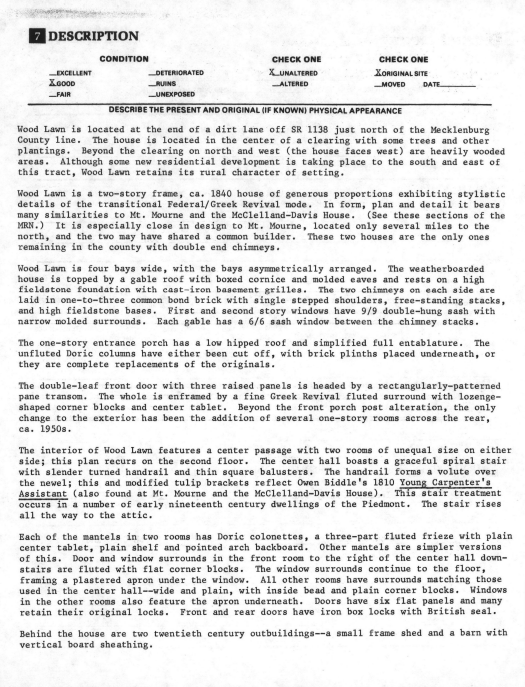 Original submission to the National Register of Historic Places describing the history and architecture of the home. 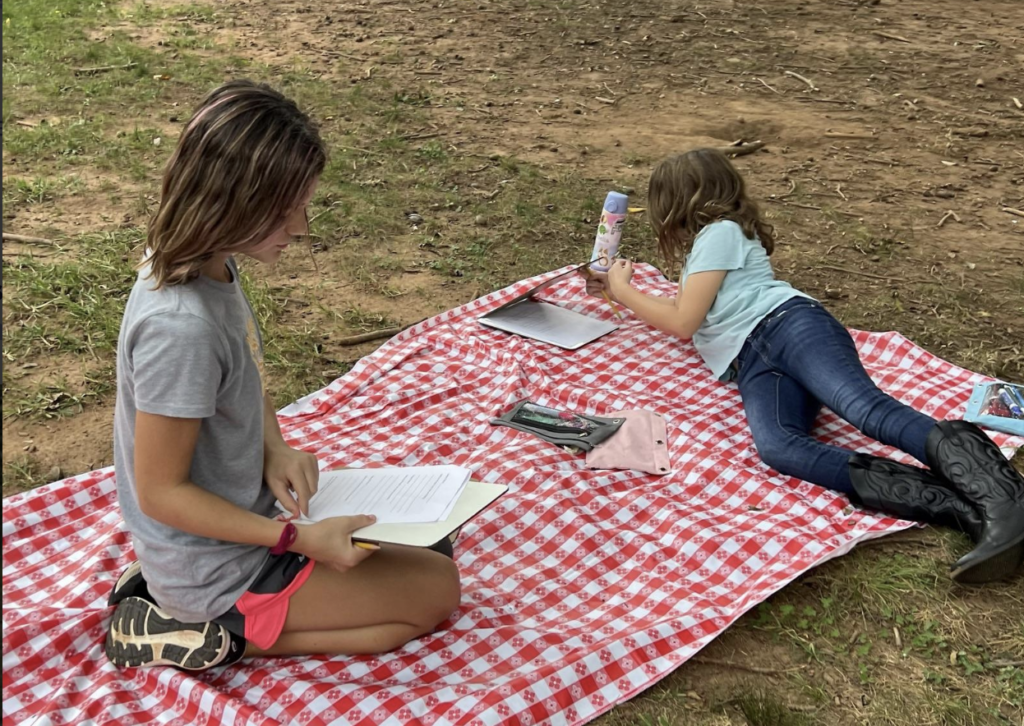 Sometimes learning is a dirty business and we’re ok with that. We like to be outside and so do our students. It’s not unusual to find our environmental upper school science class down in the wetlands placing coverboards, or perhaps you’ll find our lower school students playing in the ever-popular “Nature Club” wooded area during their lunch break. Did we mention our students are avid gardeners? Our middle and lower school students tend to their own plot throughout the year and host seedling sales and garden salsa parties. We value the importance of outdoor learning just as much as our parents value the importance of good detergent.