McGeough Selected as NCISAA 1A Cross Country Athlete of the Year 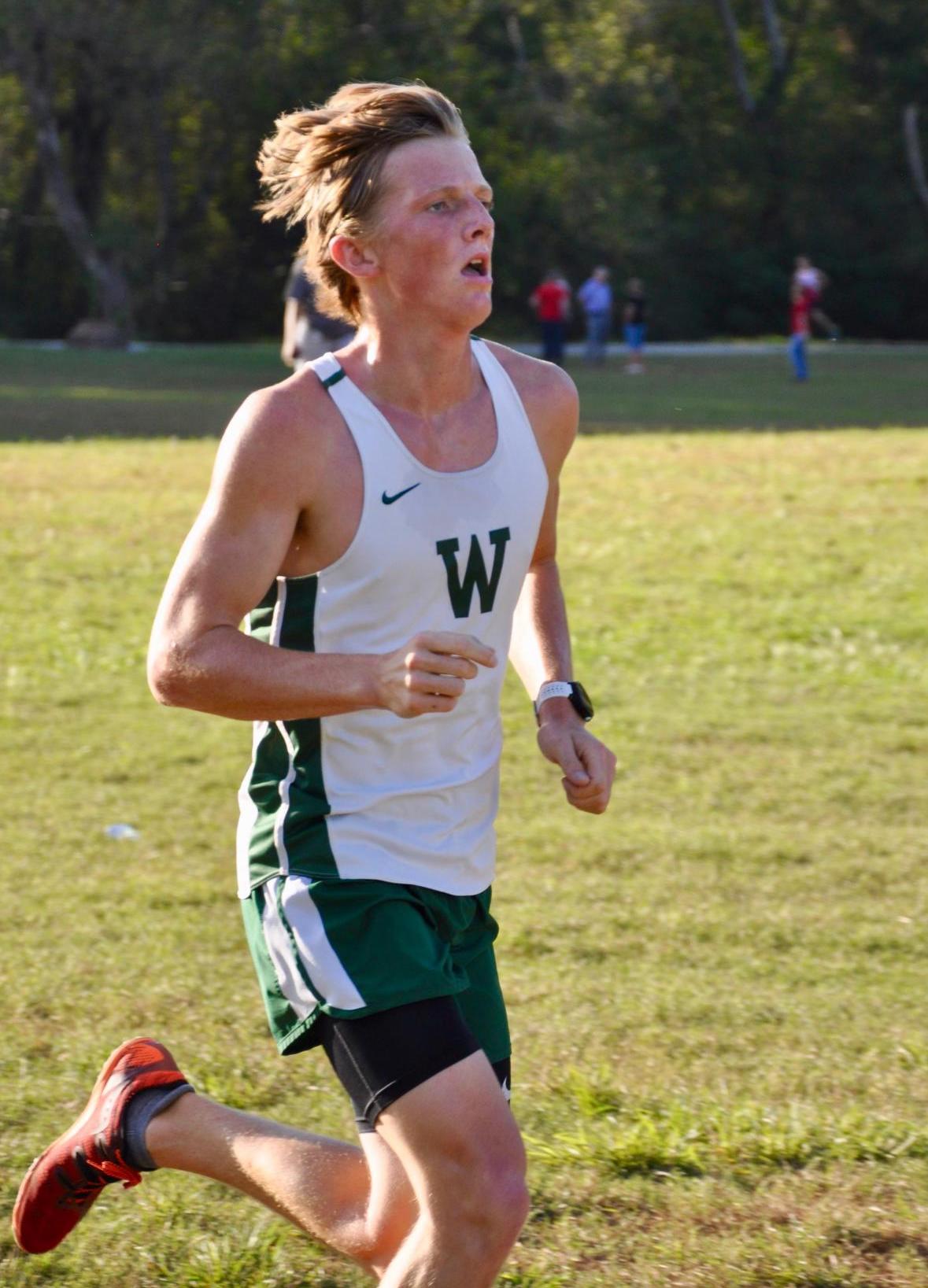 DAVIDSON, N.C. – Woodlawn sophomore Jackson McGeough dominated the North Carolina independent school 1A cross country scene this season and was an easy selection as 1A Cross Country Athlete of the Year by the NCISAA coach's association. In addition to winning the 1A state championship race, Jackson was undefeated in SPAA conference races this season. The Athlete of the Year honor is no stranger to Woodlawn, as Jackson's former teammates Quinn Schneider '17 and Tripp Berini '18 won the award in 2016 and 2017 respectively.

Jackson's varsity cross country journey started even before he entered upper school - as an eighth grader, he set a personal best 5K time of 19:24 at the 1A state championship meet. More importantly, he placed 14th at that meet (fourth for Woodlawn). Normally, the fourth spot on any given team does not affect the team standings (in 1A competition, the top three runners for each team determine the team score), but in this meet both Woodlawn and Halifax ended up with 16 points and tied for first place. To break the tie, the fourth runner's finish for each team is used - and Jackson handily outran his counterpart from Halifax, allowing the Trailblazers to squeak by for their third straight state title.

As a freshman in 2017, Jackson amped up his training and lowered his personal best 5K time to 18:45, good for the #8 spot on Woodlawn's all-time 5K performance list. He achieved this mark at the SPAA Conference Championship meet, where he finished as the runner-up to teammate Berini. He followed up his All-Conference performance with a 3rd place finish at the 1A state meet in a nearly identical time.

This year, Jackson knew that the front-running responsibilities would fall on his shoulders, and he reported to practice in much better shape than his freshman season By mid-September, he had already equaled his 5K personal record from the previous year, spurring him on to work even harder. A couple weeks later at the United Way Invitational in Newton, Jackson ran a brilliant race in driving rain and sloppy conditions, finishing in a new personal best time of 17:46 and taking over the #5 spot on Woodlawn's all-time 5K list. The following week at the NCISAA 1A state meet, he dealt with terrible course conditions and a surprise contender from Greenfield School before powering across the finish line to win the individual title - the fourth straight year that a Woodlawn runner claimed that prize.

Coach Dwayne Bowman noted that Jackson clearly enjoys the team aspect of cross country and is quick to shift the focus from his individual honors to the team goals and achievements. Coach Bowman stated, “Jackson's only disappointment this year was that our team could not quite manage to win the state title - losing by a single point to an upset-minded Greenfield team. But his personal accomplishments this year were outstanding and I look forward to his continued improvement and team leadership over the next two years.”

Jackson was joined by three other Woodlawn runners as a 2018 first-team 1A All-State selection: Jesse Jacobson '20, Ally Fleming '19, and Adina Jacobson '23.