The Value of Senior Capstone Projects

Twenty-five years ago at Heathwood Hall Episcopal School a class of seniors graduated with normal Carnegie units but also had to successfully complete an exhibition of mastery of a topic to finish their high school program.

In the course of many years I have noticed that Heathwood graduates often choose university majors related to the topics they developed as an exhibition of mastery. In fact several of them are now engaged in careers that relate back to their senior year in high school.

During the program’s pilot year in 1990 two young people did work that has followed them from high school to college to career. Charlice Hurst did a review of the teaching of African-American literature and the relationship of the background of the teacher to the classroom presentation. Bret Horton did a study of the science and design involved in the construction of a barbecue pit, which is still in use on the campus.

After high school, Charlice earned a BA from Harvard, an MBA from the University of South Carolina, and a PhD from the University of Florida. Today she teaches at the Mendoza College of Business at Notre Dame. Her work involves the development and effects of interpersonal relationships at work, gender and race in the workplace, stereotyping and discrimination as well as the development of personality and self-concept.

Bret earned a BA from the University of Virginia, and a Master of Architecture at Columbia University. Today, he is an architect who is driven to provide exceptional service to his clients by being a skilled listener and problem solver. He enjoys working collaboratively, understanding clients’ needs and desires, and creating beautiful, well-detailed, and sustainable projects.

Charlice and Bret are two examples of students that took their high school senior year exhibition of mastery and turned it into a lifelong personal mission. This idea shares many similarities with our own Senior Capstone program at Woodlawn (see examples from the Class of 2016).

You might have heard someone at Woodlawn mention Capstone projects before but may not have a real understanding of just what goes into this year-long project. Below are two Woodlawn Alumni along with details of their Senior Capstone and how it relates to their college and post-college experiences. 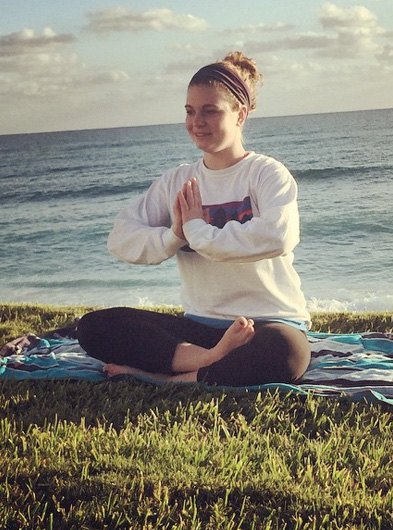 Sayre immersed herself in Yoga for her Capstone project. “After taking the Karma Yoga elective, I knew I wanted to delve more into the history of yoga and my own personal practice,” says Sayre. “When you’re committing to a year-long project, it’s important to pick something that you are really interested in! I found my Capstone experience to be enriching, fun, and academically challenging.”

Later, at Middlebury College, she went on to establish a yoga program from scratch. “I carry my Capstone experience with me every time I step on a yoga mat,” says Sayre. “I taught regular classes at Middlebury, and in my senior year I served as President of the Yoga Club.”

Today Sayre is interning at the Washington Office on Latin America in Washington, DC. She is set to join the Woodlawn faculty this coming fall as a Spanish teacher in our middle school, and we can’t wait to welcome her back to her alma mater. 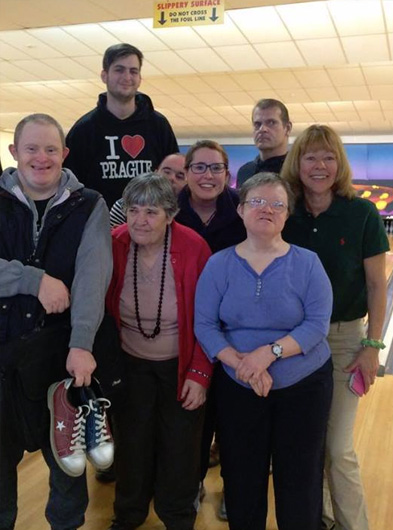 Sophia’s Capstone project examined adults with learning challenges. Her internship with UMAR, a NC non-profit that supports adults with developmental and intellectual disabilities, helped solidify the fact that she wanted to work with adults with disabilities in the future. “I formed amazing relationships with the people that I met through this capstone, and working with this population became a passion,” says Sophia. “It led me to my major in college, Human Service Studies.”

At Elon University, while working towards her major (she also dual-majored in Art and Religious Studies), Sophia says she continued to return to UMAR to visit her new friends. “I got involved with organizations near my university and eventually landed an internship at one,” said Sophia. “A lot of what I brought to that job I learned from my Capstone internship.” When she describes her major and her passions, there’s no doubt she’s totally in her wheelhouse. “I love people,” she says as she justifies her field of study. “Learning how to interact with all sorts of different people is something I am really interested in.”

Now she is in England working with adults who have learning needs. “I was able to merge my two dreams of living in England and working with people who have disabilities,” says Sophia. She credits Woodlawn in helping her get there through Senior Capstone and through our liberal arts approach. “It’s helped me become a well-rounded person,” she says. “I was allowed to explore many different areas of interest.”

The graduates of Woodlawn School have distinguished themselves in so many ways with their education beyond the secondary, and they have also pursued majors and jobs that epitomize the mission of our school – a love for lifelong learning. As the school goes forward and develops many more students’ Capstone Projects, the world will be improved by their strong and purposeful educational goals.