Perhaps you’ve noticed a new trend popping up across the country? An activity, similar to a murder - mystery, called Escape Room or Exit Strategy. Basically a group of friends get together and pay to be locked in a room! Each room has a theme and participants have 60 minutes to escape the room or they lose the game.

What better way to spend two Intermezzo days than being locked in a room with your peers?! Upper School Intermezzo is a break from all classes that happens twice a year and is a themed, interdisciplinary, group challenge that last over two days. The chosen theme (created by the upper school teacher team) is always kept a secret and not revealed until it’s time to begin. 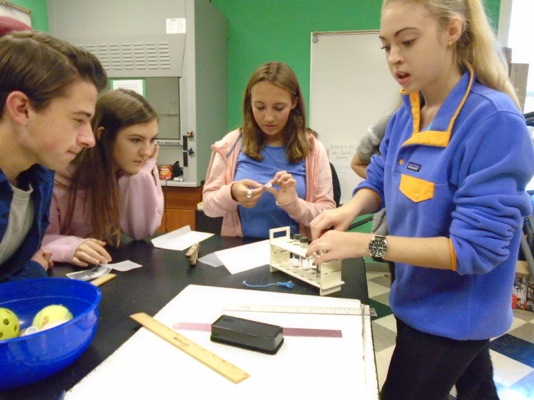 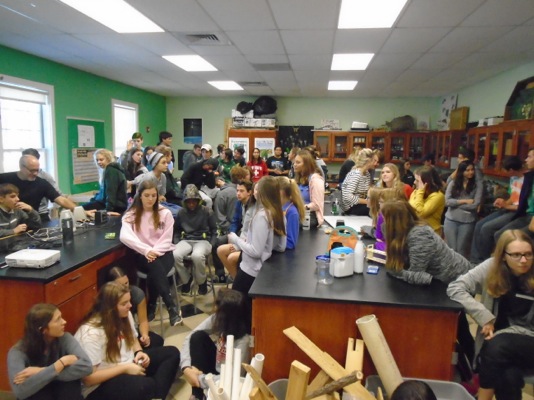 Here’s how Intermezzo Fall 2016 went down:
Phase 1 - All students in grades 9-12 were placed in five teams and began the day by trying to escape the room the teachers had created. Each room had a series of clues spanning the disciplines and leading to three Master locks while intense music was played throughout the rooms and timers were set to 60 mins. The winning group was able to unlock all 3 locks to escape in 77 mins!
Phase 2 - The student groups created their own Escape Room for the other student groups - also creating clues that span the disciplines, throwing in detours and red herrings, ultimately leading to the 3 locks. One room set up Star Wars music, green lighting for effect, and the time was projected on the wall.
Phase 3 - The students experienced the other Escape Rooms where they were able to do 3 rotations of 5 rooms.

After it was all said and done, all five rooms in Woods Hall looked like a tornado had come through - paper covering the door windows and just stuff every where! Tired, puzzled, and excited, we think the students had a pretty good time!