The World's Most Popular Sport

With over 4 billion fans soccer is the most popular sport in the world. Woodlawn fielded it’s first varsity team in 2014 and now competes in the NCISAA 1A division.  The Boys team plays in the Fall and the Girls in the Spring.  Our teams practice and host home games on the NCAA regulation sized natural turf Alumni Field.  Soccer is an excellent sport for youth of all ages as it builds athletic strength, coordination and fosters teamwork. In addition to playing on the varsity team, many of our scholar athletes participate in club leagues and go on to play in the NCAA.

The varsity boys team and the co-ed middle school team play in the fall and girls varsity team plays in the spring.

Join The Team
Join A Team
Submit the form below to sign up for one of our athletic teams. The coach will contact you within a few days to confirm.

Schedule and stats provided by MaxPreps. Links will open in a new tab.

Links may contain advertising. Woodlawn School does not endorse any product or message displayed by any third-party advertiser.

Schedule and stats provided by MaxPreps. Links will open in a new tab.

Links may contain advertising. Woodlawn School does not endorse any product or message displayed by any third-party advertiser. 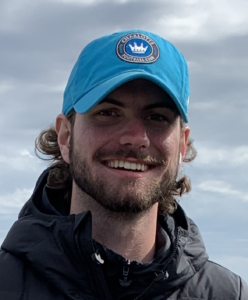 “I’ve been playing soccer since I was 5. I played club ball through elementary school then played middle school and high school soccer” 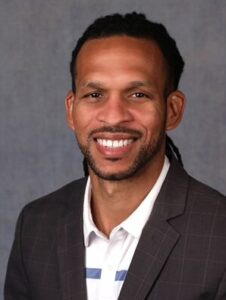 Ernesto is an avid soccer fan, player and student of the game, originally from Trinidad & Tobago and currently working at Davidson College.

Over 15 years of coaching experience teaching kids and giving back to the sport he loves.

The growth of the Woodlawn boys varsity soccer program has been on a steady trajectory since 2014 when we entered the NCISAA 1A conference. This year our performance culminated with a record of 11-7 and an appearance in the second round of the state tournament Three members earned all-conference honors; Wesley Neal '19, Nick Trovato '19, and Drake Bowen '21.

Today the 'Blazers started off a three-game week away against the Statesville Christian Lions. The game remained close after the first half due to strong and aggressive play from our defense and keeper Nick Trovato '19. In the second half, the 'Blazers were able to work shots on goal from Wesley Neal '19 and Jesse Jacobson '20. Concerted effort and team play brought the 'Blazers within one or two passes from great scoring opportunities. In the end, the Lions won 5-0. Trovato '19 finished the game with 14 saves and 3 caught crosses.

Yesterday the 'Blazers traveled to Hickory, NC to face off against conference opponent Hickory Christian. After a tough game earlier this week, the 'Blazers had an uphill battle against the Knights. Several strong passes and movement off the ball allowed the 'Blazers to maintain possession early in the game, but in the end they were outmatched by the Knights. Nick Trovato '19 played a great game in goal, catching five crosses out of the air and recording twenty three saves. The final score was 9-0 in favor of the Knights.